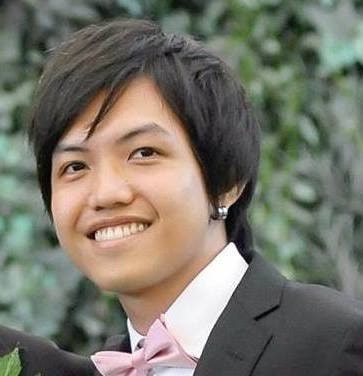 Paul: Jayson Cunanan moved to Japan from the Philippines in 2011 to follow his dream of using higher education to find a better life.

Jayson and I spoke about his experience studying for his PhD in Nagoya, his early academic career, leaving academia to join the tech world in Tokyo, advice for anyone following in his footsteps, and more.

Hi Jayson. Thanks for chatting with me. I’m delighted to share your story today. Please tell us a little bit about yourself.

Jayson: Hi everyone! I’m Jayson, an AI Tech Lead at AI inside, a Japanese AI services company. Originally from the Philippines, a bit more than 11 years in Japan now, so needless to say, I’m enjoying my life in Japan.

It’s fair to say that mathematics led you to Japan. You did your bachelor’s and master’s degrees in mathematics back home in the Philippines and came to Japan in 2011 to prepare for your PhD at Nagoya University. Was maths something you were interested in from childhood and why did you decide to come to Japan to study?

Well, I enjoyed logic and patterns from as early as I can remember. Puzzles, reading the clock, toys that need assembling and my maths classes were things that I can remember that brought me tons of fun! It also helped that by being good in maths early on, you get recognition from your peers and teachers, this further encouraged me to keep doing what I enjoyed.

But to be brutally honest, I did not choose to do a PhD because of my love of maths, it was an opportunity. One of the rare opportunities for a person coming from extreme poverty like me to leave the Philippines and explore a potentially better future.

In short, it was a very nice experience. I think because of two things: firstly, my adviser and I had a good relationship. Secondly, I was extremely motivated so I did very well in my program. I got to write and publish a paper early in my program which gave me more confidence to do more. I gotta say, before coming here I didn’t even think I could publish scientific papers.

What difficulties did you experience in renting?

Basically, owners of apartments will reject you after knowing you are a FOREIGNER. I watched the statistics happen in front of me as the guy from some agency calls owners to ask if I can rent and dropping the call the moment he says “外国人なんですけど” (He’s a foreigner). This happened in 50% of all calls. There is really nothing to do here, you just want to be lucky and don’t get your hopes up on a particular place. Just select from the ones that will allow you to rent them, which are still plenty.

How did your academic career start in Japan after graduating from Nagoya?

Horrible. It was a disaster – I did not know my student visa which should expire in July actually would expire on the day of my graduation which was in March!  PSA: Inform yourself properly.

You can imagine doing this in a rush, and not having a proper job waiting for me after graduation could lead to two months of no salary. Having zero savings, PhD scholar in Japan gets around a bit less than a minimum salary. After a back and forth communication with Immigration, I was finally granted a researcher visa.

I’m just very thankful to my adviser for helping me find a researcher position in Matsumoto at Shinshu University. I learned to snowboard during my stay at Matsumoto since the bus ride to the ski resort was free!

Then I was fortunate to finally get the JSPS Postdoctoral Fellowship at Saitama University, after maybe 5 tries and a change in research proposal…

After that coveted fellowship, I was still gonna be jobless, so I purposely put myself in a sink or swim situation: stop all academic applications, learn machine learning and be employable or leave Japan for good. My academic situation was a slow drown with my hands and legs tied anyway.

So, you left the academic world and joined AI inside, a Japanese provider of artificial intelligence services, as an AI Researcher in 2020. What did your job hunting process look like? Was it difficult to find a role in AI as someone coming from academia?

Yes, it was as expected, most companies would ignore my application.

BTW, shoutout to all the recruiters who sent my CVs to a bunch of companies. This saved me lots of time to search for companies and then send the applications myself.

In the companies where I got interviewed, for many, it was obvious to me that it won’t be a match. It was an iterative process, I soon got into technical exams (which vary a lot!), then to final interviews.

Learnings: Independent of the outcome of an interview, there is some information that might help you in the next one. Don’t miss it and don’t take things personally. Learn something from each iteration.

Four months after I started my ML journey, I got a few offers in Japan and one in Norway, and a couple moving towards a final interview.

After some thinking, I chose to stay in Japan and took AI inside’s offer.

Yeah, it is a holistic technical job which includes hiring, mentoring, goal setting, choosing which stack to use, defining standards, random bug fixing, collaboration with different teams and technical advising of company leaders.

AI inside is moving from an OCR SaaS company to an AI platform business. I was the solo AI engineer to build the MVP of the new product. Now, my team handles non-trivial PoCs and has built internal no-code training pipelines that remove the need for Data Scientists to set up their working own environment. This gives a performance boost of at least 5X on various metrics.

The company is making efforts into becoming a truly international company, one small step at a time. For example, my team communicates fully in English, we also have an official translator for documents and when non-Japanese speakers have meetings with Japanese teams.

What does the AI industry look like in Japan currently? How does Japan fare compared to countries such as the US and China in terms of research and development in the field and also in terms of real-world applications? Is it a field that Japan can be a leader in?

Note that my answer will be fully biased to my tiny exposure to the tech industry.

It has potential but is currently far from US and China in terms of R&D. I say this because I am not aware of any extremely popular open-source projects which originated from Japan. Also, investment in the R&D of FAANG companies alone is to the roof. Google reported $27.57 billion back in 2020. It seems Japanese companies have yet to invest that much money in R&D.

With the growing support for startups, I am hopeful a number can be Japan’s future global tech unicorn offspring.

Are there any areas for AI research that Japan is particularly suited to or could have an advantage in?

I think Japan is well suited for AI research involving earthquakes. The academic level of research in earthquakes is world class but I am not aware of the interaction between industry and academia.

Another one I can think of is AI in gaming. The gaming industry in Japan has been pretty strong so this is something to look forward to.

You mentioned earlier that you come from a very humble background. What does it mean for your family for you to come to Japan and build a career here?

I guess they are happy and proud of what I’ve accomplished so far.

You’re a keen guitarist outside of work. What kind of music are you into and what’s your guitar collection like? I was fascinated to learn that you played in an Irish music group during your time in Matsumoto!

Yes, I was surprised myself. It was certainly a good time playing Irish music with Shinshu University students. This time I was using a Yamaha LL6 ARE, I definitely recommend this guitar. A true luxury to play with but will not break your bank. The craftsmanship…(nodding head slowly)

Two years ago I bought a Fender Telecaster HH and started learning blues. Absolute versatility. It can sound great with a rock tone of Led Zeppelin to a clean tone of BB King. Feels great to play, and fits nicely on the body albeit a bit heavy.

I’ve set my eyes on the PRS Silver SKY SE next, seems very light so it shouldn’t hurt my leg even playing long hours.

On a good weekday:

You seem very organised! What kind of things are you working on as personal projects?

Using my long experience in academia, I’m building something to improve research efficiency. Imagine connecting all small labs from various universities and institutions and having a YouTube/Netflix-like platform that recommends them stuff.

What are some of your goals for the future? Short-term, longer-term?

Build a startup, making a product that people want.

– what’s the most important piece of advice you’d give yourself if you could go back in time to your arrival in Japan?

Add machine learning to your research.

– what advice would you give to someone considering coming to Japan to study for an advanced degree? What do you wish you’d known before you arrived in Nagoya?

Do it! It is a very good opportunity towards improving one’s self, building a network and just enjoying the new adventure towards the unknown future.

I wish I knew there were options outside of academia and that Twitter research exists. I would have had maths memes/fails every day.

– how do you learn new skills? What are you learning currently?

I obsess over them. Once I know why I want to do something, I’ll do them non-stop til they become a habit.

Quoting from Naval: “Learn to sell, learn to build. Learn both and you will be unstoppable.”

I already know how to build so it is time to learn how to sell.

– tell me a few of your favourite or most recently read books, movies, podcasts, games?

The Almanack of Naval Ravikant – A Guide to Wealth and Happiness – Eric Jorgenson [Amazon Japan; Amazon US / UK / CA / FR / DE / ES / IT]

– your favourite place to visit in Japan?

Uji, south of Kyoto, during autumn.

Got a decent coat, a couple of slim-fit shirts, a knitted vest, tie, sweater

Not so good the past couple of years though.

Finally, do you have any asks from my readers?

For engineers, VCs and anyone who finds my projects and skill set interesting and valuable, feel free to contact me through either Twitter or LinkedIn. I’m available for consultation or casual chat.

Also, I am an active member of the Machine Learning Tokyo community where I co-lead MLT init, an ML Meetup to discuss research papers in ML. Find and join our events here.

Thanks for speaking with me, Jayson. Best of continued success to you as your build your life in Japan!

Please take a moment to share this article. It really helps to support the site:

1 email per month with my Japan IT job news, articles I’ve written, articles on tech, life in Japan, and more.